Illustrations and concepts of alien creatures from the fictional planet of Xiunus. 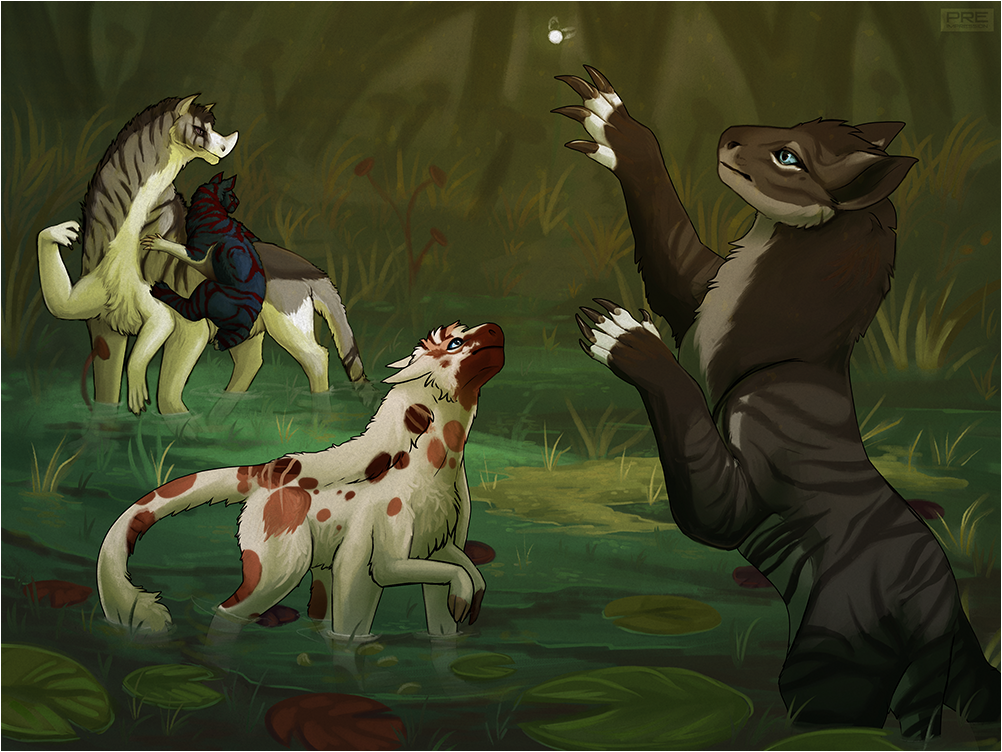 Friends Don't Let Friends Get Taken By The Fey

An illustration of a couple of my personal Xiunus-based characters (one tsabhua and one belemoid), paired with another member of the art roleplaying game's two characters. I focused on the background and atmosphere of the piece. 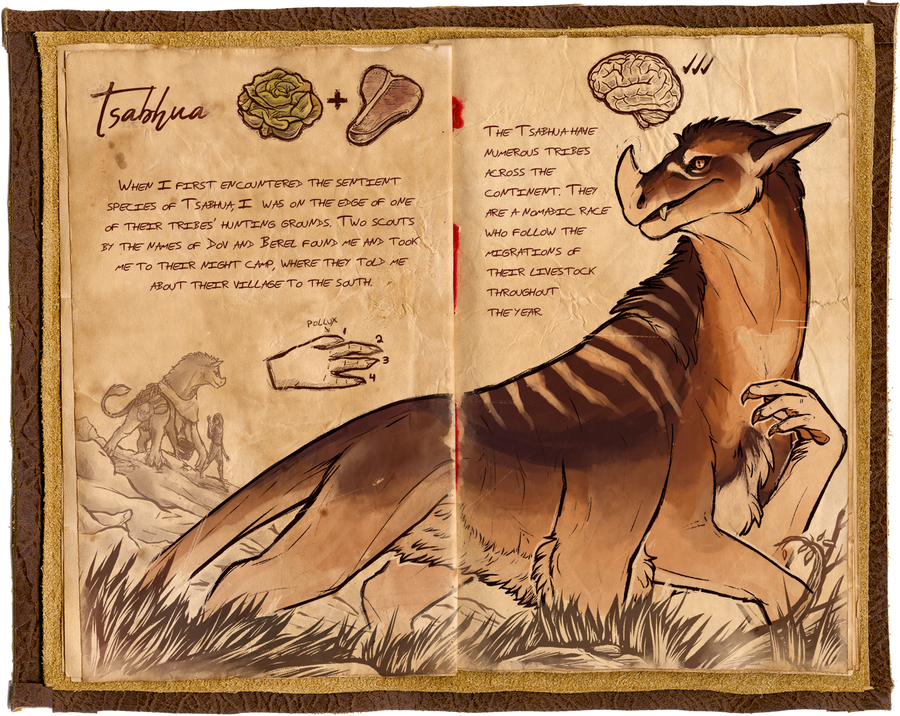 Part of an independent study at VCU under Jason Bennett, these dossier pages depict an adventurer's explorations of a planet known as Xiunus. The style is reminiscent of expedition journals, such as those found in the game Ark: Survival Evolved. The leather and paper background for each page was hand-stained and hand-stitched together before being scanned and illustrated over. The final image above was edited in 2019 after anatomical changes to the species were made. The face was softened to indicate their intelligence over their previous bestial appearance, while their arms were lengthened to allow for extended reach and activities such as medicine, crafting, or even music-making. 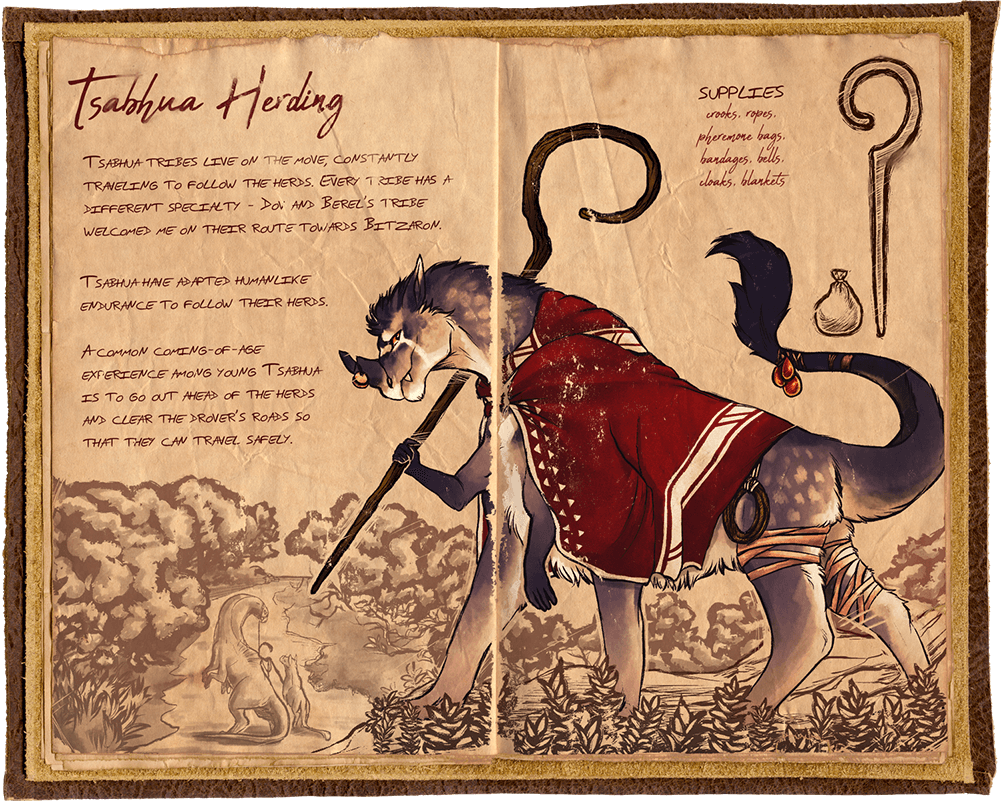 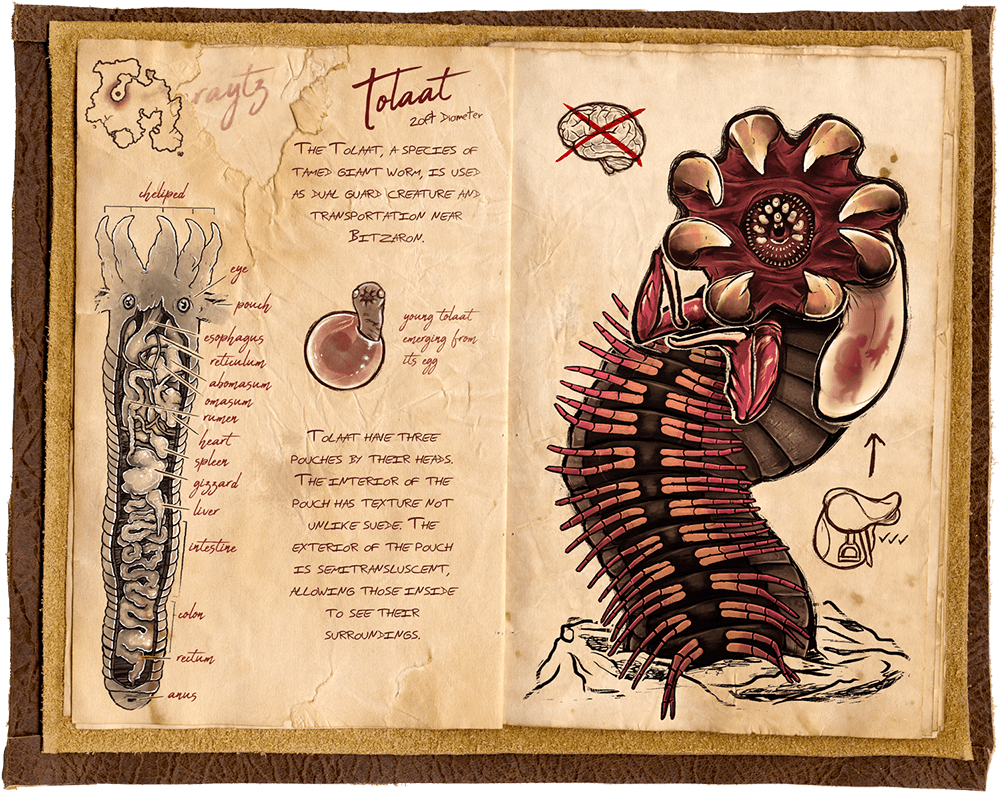 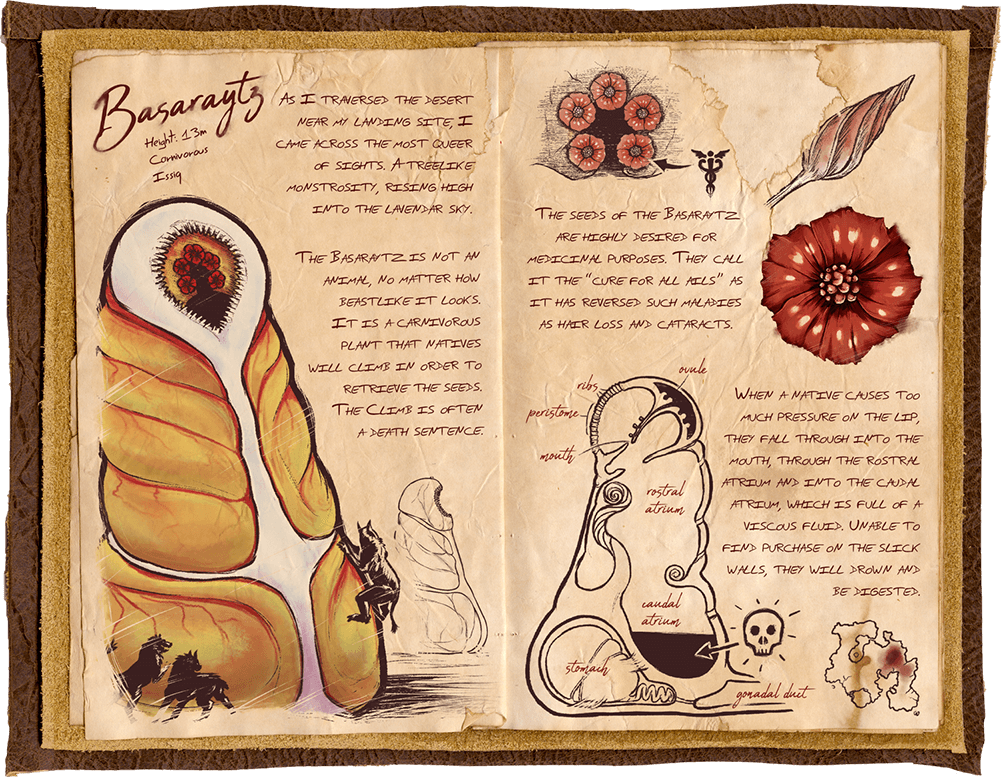 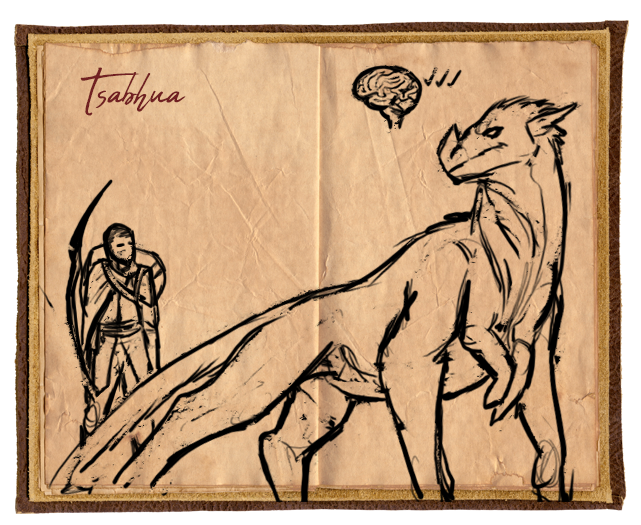 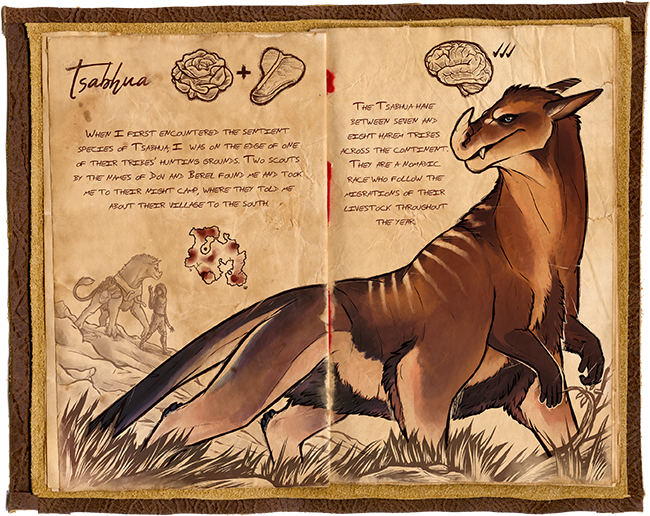 This simple flat-colored illustration of two tsabhua was drawn as a reference for the dexterity of the tsabhua's arms and necks, allowing them to focus on intricate details such as stitching up a comrade's injuries. Tsabhua have human-like intelligence and while they rarely wear clothing, they are fastidious about caring for their families. 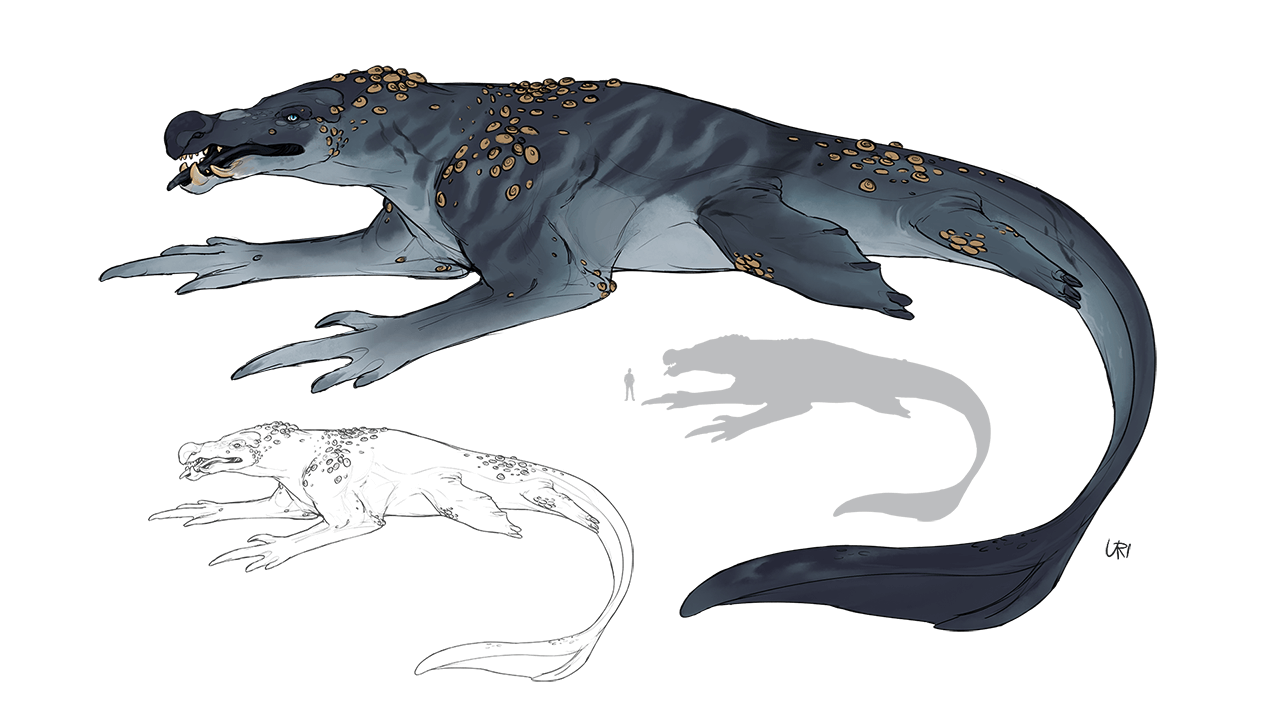 Originally designed as a two-limbed beast covered in coral that lived underwater and burst from the shallows without much care for logic, the cor'aeto has since evolved into a six-limbed swimmer, inspired by crocodiles and sharks. Their final rendition retained their tendency to ambush their prey - spending long hours underwater where barnacles and small fish make their homes on gnobbly skin. 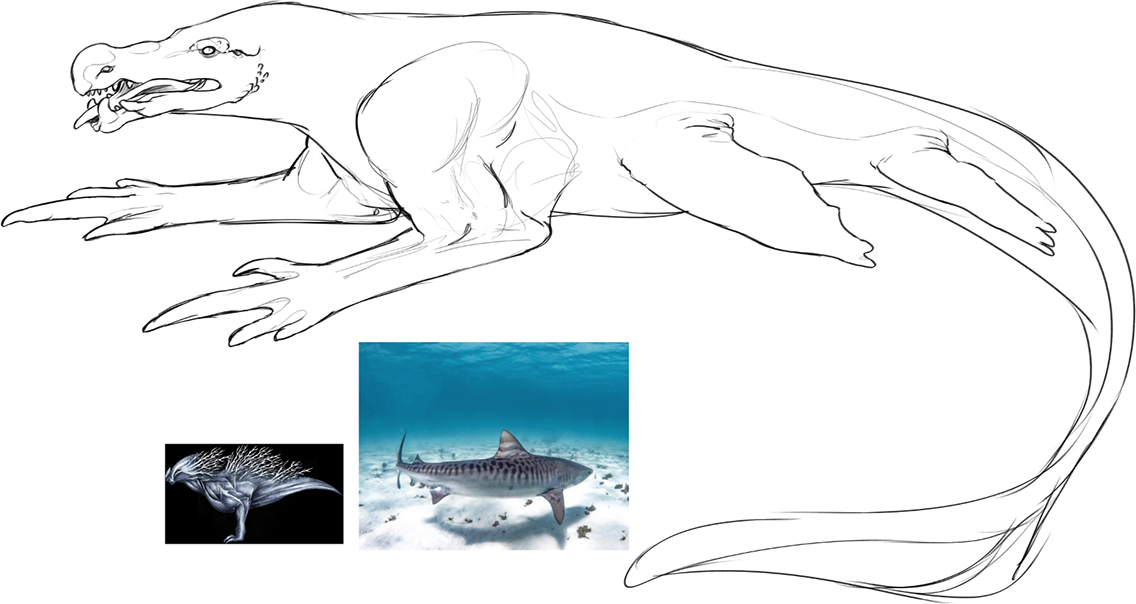 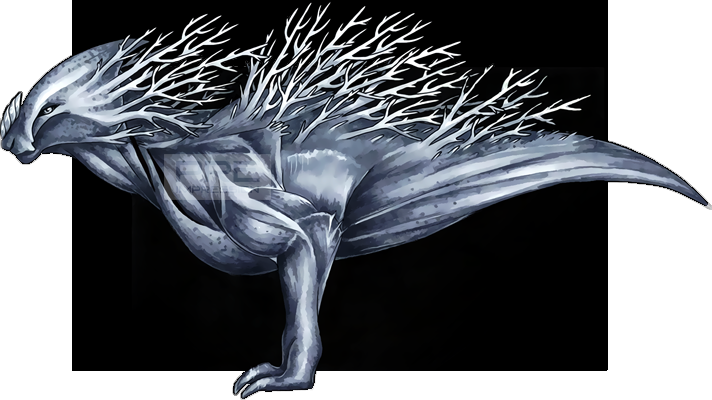 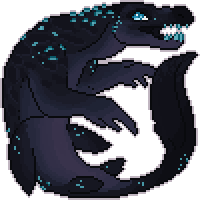 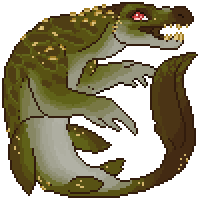 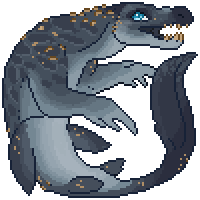 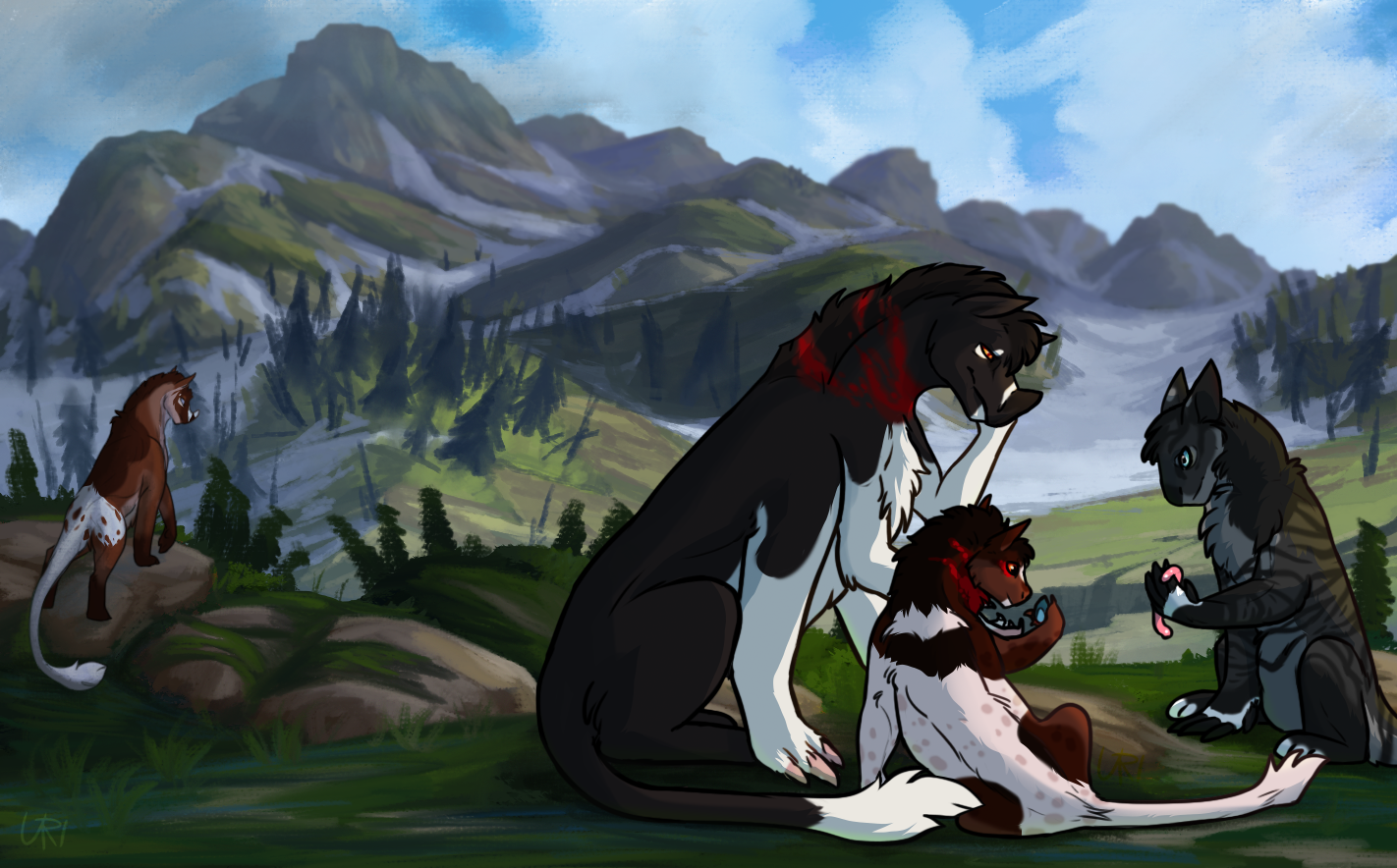